The 2021 Legislative session convened on Monday, January 11. Although sessions typically last about 100 days, this one has run longer than usual.

The 2020 elections resulted in a single vote Republican majority in both the House and Senate. Unfortunately, there are Republican Representatives and Senators that have a history of voting against bills that restore and protect your right to keep and bear arms. As a result, it has been challenging to get good bills passed. The following are key bills that impact your Right to Keep and Bear Arms (RKBA). You can view the status of all the bills we are monitoring this session at AzCDL’s Bill Tracking Page.

Arizona has a Republican Governor with a history of being unsupportive of pro-rights firearm bills and whose staff has worked behind the scenes to prevent good bills from leaving the Legislature, but there have been some pleasant surprises!

Despite these challenges, AzCDL had some significant successes this session. These bills were signed by the governor and will soon be law in Arizona:

HB 2111, introduced by Representative Biasiucci, prohibits the state and its political subdivisions (cities, counties, etc.) from using any personnel or financial resources to enforce, administer, or cooperate with any act, law, treaty, order, rule, or regulation of the United States government that is inconsistent with Arizona firearms laws. Signed by the governor April 6, 2021.

HB 2810, introduced by Representative Grantham, reforms the state’s civil asset forfeiture laws and generally requires a criminal conviction before personal property can be seized. Although technically not a firearms bill, gun owners are often the target of the state’s asset forfeiture efforts. Signed May 5, 2021.

SB 1382, introduced by Senator Rogers, classifies ammunition and firearms related businesses as “essential” during a state of emergency and provides state-level liability protections to those businesses similar to those in the federal Protection of Lawful Commerce in Arms Act. Signed May 7, 2021.

HB 2551, introduced by Representative Kavanaugh, would exempt CCW permit holders from the prohibition on entering state and local government controlled property while armed.

HB 2840, introduced by Representative Parker, Would remove the requirement that a firearm must be unloaded when secured in a vehicle on school grounds.

HB 2451, introduced by Representative Friese, proposed a “Red Flag” law that would use civil proceedings to forcibly confiscate your firearms based on claims from family members or school officials with virtually no recourse or appeals.

HB 2452, also from Representative Friese, would have outlawed the mere possession of a bump stock or “any part, combination of parts, component, device, attachment or accessory that is designed or functions to accelerate the rate of fire of a semiautomatic rifle.” It could include that aftermarket trigger you bought to smooth out your trigger press, since it can function to accelerate the rate of fire.

HB 2572, introduced by Representative Powers Hannley, would have repealed the civil penalty on political subdivisions that destroy seized and surrendered firearms.

HB 2581, introduced by Representative Longdon, would have criminalized your private firearm transfers as “trafficking” and added several regulatory requirements for firearms dealers, which would include gunsmiths and businesses that deal in aftermarket parts. Among the long litany of additional onerous state regulations were:
• Limiting your firearms purchases to one per month.
• Reporting anyone who buys multiple firearms in a 90-day period to law enforcement.
• Visual and audio recording of sales and maintaining a database of the guns you buy.

HB 2582, also from Representative Longdon, would have created a $1,000 civil penalty (i.e., substantially reduced standard of evidence) if you don’t have your firearm or ammunition locked away at home.

SB 1205, introduced by Senator Mendez, would have elminated “no duty to retreat” from the statutes justifying the use of deadly force for self-defense.

SB 1285, by Senator Engel, would have required a 3 day waiting period on all firearm purchases. Violation would be a Class 6 Felony.

SB 1385, also from Senator Mendez, would have made it a Class 1 Misdemeanor for “storing” your firearms without using a trigger lock or placing them in a locked container. There is no explanation of what is meant by “storing” in the proposed statute or when or where it’s supposed to occur. It could have meant you needed to add a trigger lock before placing your gun in your holster.

SB 1535, introduced by Senator Alston, would have made you a criminal if a minor could access your firearm. Violation would have been a Class 6 felony.

SB 1718 by Senator Conteras and HB 2449, filed by Representative Friese, would have made it a Class 5 felony to transfer a firearm unless you surrendered it to an FFL and background checks were conducted on both you and the transferee. “Transfer” is broadly defined and could include simply handing your firearm to a family member or friend.

On the Federal Front

One of the reasons that AzCDL has been so successful in protecting your rights is that we do our best to stay focused on our core mission—promoting good legislation at the state level while blocking attempts to take away your freedom.

We do, however, keep close tabs on what is happening at the national level and how federal actions will affect us here in Arizona. The activities in Washington, D.C. this year are problematic, to say the least.
President Biden has initiated a series of executive actions aimed squarely at gun owners in an attempt to bypass Congress. Most recently, the administration is going after homemade and kit-built firearms as well as those that are pistol-braced.

The president has directed Attorney General Merrick Garland to further regulate homemade guns and parts kits even without a new act of Congress. The new “interpretation” of law he has ordered would also treat pistol-braced firearms as short-barreled rifles under the National Firearms Act which is certain to result in the confiscation, destruction or coerced registration of millions of pistol AR-15’s and other legal pistols.

The president is also calling on Congress and state legislatures around the country to enact so-called “Red Flag” laws which would allow the confiscation of guns from those accused of being a threat to themselves or others. In most cases, these laws allow just about anyone to make the accusation and there would be very little opportunity to contest them in court.

As much as it may seem like a good idea to protect ourselves against someone who could be dangerous, doing so without allowing the accused to have their day in court is a violation of due process rights. That could come back to bite any of us if we simply tick off our neighbor or have a bad argument with a spouse.

AzCDL continues to monitor the situation and work with national pro-rights organizations that are on the front lines in this fight.

To promote continuity in leadership, the terms of office for AzCDL’s directors are staggered. This year, the director positions held by Dave Kopp and Michael Gibbs are due to expire.

While Dave and Michael are seeking reelection, the nomination process is open to all members, and all those nominated will appear on the ballot. If there is only one nominee for a position, there will not be a balloting process.

If you are an AzCDL Life member interested in competing for either of these positions on the AzCDL Board of Directors, you may nominate yourself or be nominated by any other member.

If you would like to nominate someone else, you must provide a personal verification from the nominee, including the nominee’s signature and membership number, indicating they want to be on the ballot. Candidate biographies and/or statements are welcomed.
On the Federal Front

You may also email nominations to:
treasurer@AzCDL.org

A readable, scanned image of the nominee’s personal verification document attached to an email may be considered acceptable if, in the sole judgment of AzCDL’s Board of Directors, it can be verified as authentic.

If you include a candidate biography and/or a statement of why they/you should be elected, it must be limited to a single 8.5” x 11” page using standard margins and line spacing, and a font size equivalent to Arial 10. Any legitimate candidate statement timely received will be made available to members during the balloting process. 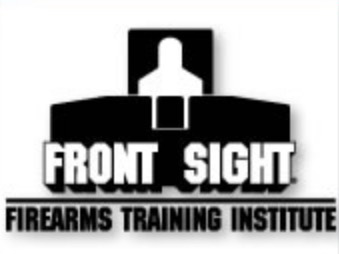 Once again, Team AZCDL rolled through the gates of Front Sight, and once again we did ourselves proud. The weather was almost perfect–warm, with enough of a breeze to keep it from being uncomfortable. Everybody learned something new, everybody showed some improvement—some a little, some a bit more.

We didn’t take the ‘one-on-one’ title this year, but we came close. A number of our people were fast and accurate, just not fast enough. Believe me, you wouldn’t want to be a bad guy facing any of them. We’re looking forward to next year’s outing, when you can take four days of ‘ballistic therapy’ and vie for the title of ‘fastest gun in the West’.

A big part of the experience is the chance to work with a partner, taking turns coaching and being coached. Not surprisingly, coaching someone else is one of the best ways to learn, and correcting their errors also helps you with some of your own. We saw everyone working together to shoot faster and more accurately. Isn’t that what ‘defensive handgun’ is all about?

We had a good mix of younger and well, let’s just say, ‘more mature’ shooters. In addition to being one of our largest groups to date, it was also better balanced as we had more women in attendance than in previous years. More people taking responsibility for their own safety, and taking the training to do it right, is always ‘a good thing’.

Naturally, no course of instruction is going to be successful without a competent, dedicated training staff, and, as in years past, we had some of the best. Rangemaster Sandy Bridges was more than ably assisted by C.J. Johnson, James Thomas, Seth Neal, Frank Molthen (whom we’ve worked with before) and Mike Belcher. We briefly had a young man originally from Hawaii helping, too (just try to carry a handgun there!). He just dropped in for one afternoon, but left a good impression.

It wasn’t all lectures and lead downrange, though. While the schedule was grueling enough that some only sought a quick supper and an early night, a hardy few got together for the traditional Saturday night steak dinner, which lasted well into the evening over excellent food and even better conversation.

We’ve been doing this trip for over a decade—plan on joining us next April for our next class!